The founder of Brighton Grammar School, Dr George Henry Crowther, was a great community man who served for many years as a member of the council of Firbank Church of England Girls’ Grammar. 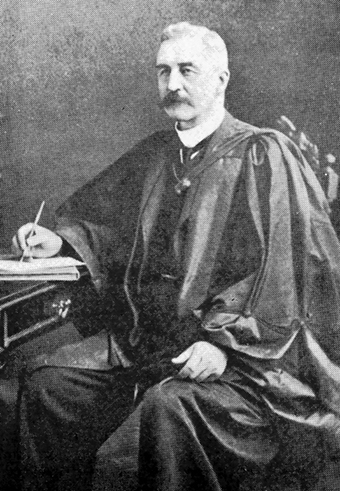 Dr George Crowther (year unknown)When he advertised the opening of his Brighton school in The Australian on 7th January 1882, he founded both a school and a tradition. Over the years no man has made a more indelible mark on the school’s history than its founder. It survived difficult times only because of his ability, his integrity, his skill as a teacher and above all, his interest in his boys.

Dr Crowther, an implacable enemy of Thomas Bent, was a patron of many activities, and a close friend and adviser to many families of the boys who passed through his care during his 37 years as headmaster. Before 1890, health regulations banned the keeping of pigs in the town area. He had a novel method for disposing of his kitchen refuse. He kept a ‘squeaker’ and when the pig had been well fattened, he sold it.

Among the boys who attended the school between 1885 and 1890, some names stand out - Alfred Dufrayer and John Duigan. Dufrayer who had been the first captain of the school, received one of the four scarves knitted by Queen Victoria and presented to the ‘bravest soldiers’ of the Boer War. John Duigan studied engineering after he left Brighton Grammar and, in 1910, made the first Australian built aircraft to become airborne, flying it for 196 yards (178m.) at a height of 12 feet (3.7m.)

Rosstrevor was purchased in 1907. The old house was renovated, the land cleared, and a sports ground was made. In 1924, Brighton Grammar passed into the care of an association of friends and old scholars and, assisted by the vision of Archdeacon Hancock, the school was given new life. 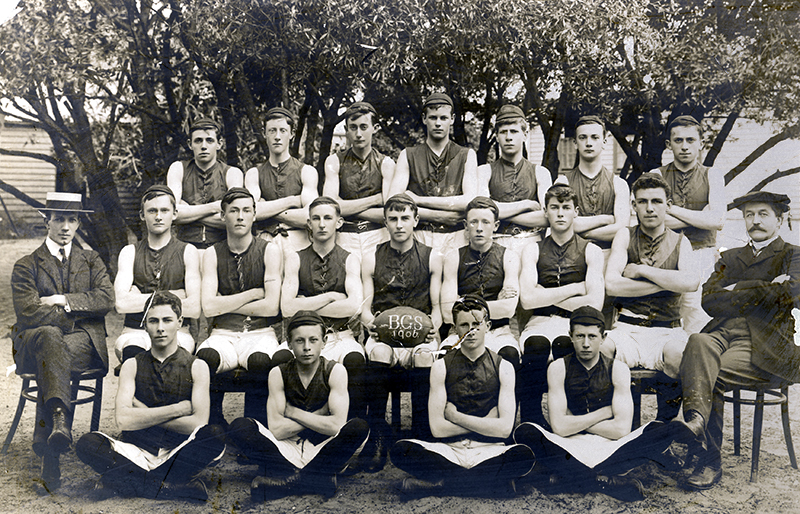 Dr Crowther, right, with school football team (1906)George was born on 8th June, 1854 in Jamaica, the eldest of six children born to Joseph Crowther, a sugar bailiff and his wife Mary Ann, née Bebb. His parents, who had migrated to the West Indies from Yorkshire, arrived in Victoria in 1857. George was educated at country schools where his father taught, finishing his education at Wesley College. George went to the University of Melbourne and graduated with BA, LLB, MA and LLD.