Fifty-five years ago an extraordinary book, A History of Brighton, was published. It created ripples never felt before and possibly never to be repeated in Australian history circles. The author was Weston Bate, a veteran crewman in the RAAF and a greatly loved master at Brighton and Melbourne Grammar schools. 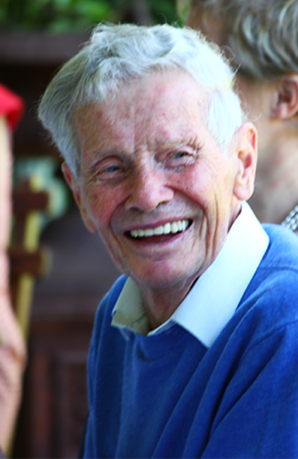 The history was begun in 1949 by agreement with the Brighton City Council and as a thesis for a Master of Arts at the University of Melbourne. The initial payment was five shillings per hour and the total expenditure was not to exceed £50. Weston’s indenture, signed with the Brighton City Council in 1950, included not only research, but agreeing to work as an archivist, compiling a bibliography and indexing all of the historical material in the possession of the Council! The book was twelve years in the making: as Weston explained, as a schoolmaster he had little time for research and writing. What he omitted to add was that this period also coincided with the births of his first four sons.

As well as being an informative and wonderful read, A History of Brighton became the catalyst for the conservation of local documents and the importance of forming local historical societies. In response to Weston’s popular book the Brighton Historical Society was founded on 2 October 1963 and an inaugural meeting was held in the Brighton Town Hall supper room. The Brighton Library provided an exercise book for signatures from interested parties. Fifty-eight people joined and the membership fee was £1 per person. Weston presented to the newly formed society the fruits of his labour, key historical documents and images of buildings long gone, that he had unearthed during his research.

Over many years Weston generously gave lectures on Brighton’s history, was involved in Brighton Historical Society’s initiatives and fought tirelessly for conserving special Brighton precincts. He served as Vice-President and President of the society, was made an Honorary Life Member, and more recently our esteemed Patron.

Weston’s rich legacy lies in his books, histories of towns, districts, schools and golf clubs. In all there is a deep sense of place, of geography and an understanding of local traditions. But there is also enthusiasm, poetry and a passion drawn from detailed local research that few authors could surpass. Local and family historians are in his debt. In each work there is a deep vein of local knowledge that was first encountered when he had a world of his own during his Brighton tour de force.

The author has been associated with Professor Bate as a family baby sitter, a Master of Arts candidate, a research assistant on the update of the Brighton history and as an assessor at Deakin University