Behind the Berlin Wall: Truth can be stranger and more fascinating than fiction

The success of 2011's Bayside Literary Festival prompted us to discover literary figures who lived, worked and/or studied in the Bayside area, and as our Secretary, Elizabeth Paine, and I are both ‘old’ Star girls I looked to our Alma Mater for inspiration. For various reasons I have bypassed the obvious choice, Germaine Greer, and have alighted on the extraordinary writer, Anna Funder. 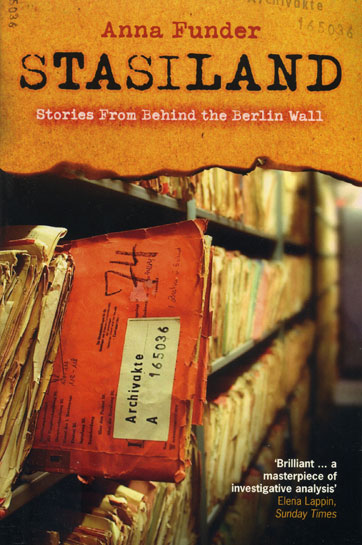 'Stasiland: Stories from Behind the Berlin Wall' by Anna FunderPerhaps you have read Funder’s first book, Stasiland: Stories from behind the Berlin Wall. The book is about people who resisted the East German dictatorship and others who worked for its secret police, the Stasi. It is a close-up look at the underbelly of the second German dictatorship of the 20th century and explores what life was like in ‘the most perfected surveillance state of all time’.

Stasiland has been published in twenty countries and translated into sixteen languages. In 2004 it was awarded the BBC Four Samuel Johnson Prize, the world’s biggest prize for non-fiction (about $A74,000). The Sunday Times reported that ‘Stasiland is a masterpiece of investigative analysis, written with a perfect mix of compassion and distance’.

Anna Funder was born in Melbourne in 1966 and is the daughter of John Funder, a noted medical researcher. She grew up in Paris and Melbourne and is fluent in French and German. As a student at Star of the Sea College, Gardenvale, where she was dux in her final year, she excelled at German. This quite possibly shaped her future career. “My family” she said, “was nonplussed about me learning such an odd, ugly language, the language of the enemy, but I liked the sticklebrick nature of it.”

Funder studied at the University of Melbourne and in 1987 at the Freie Universitat in Berlin, where she ‘wondered long and hard about what went on behind that Wall. No one really knew’. She has worked as an international lawyer, a documentary producer for the ABC and as a researcher and translator for Deutsche Welle Television.

A fellowship from the Australian German Association and a position as Writer-in- Residence at the Australia Centre within the University of Potsdam enabled her to return to Germany after the Berlin Wall fell, and the Stasi archives were opened.

Funder became incensed when she found a general lack of interest amongst the community that 17 million of their fellow Germans had lived in a dictatorship for forty years. Beginning with local contacts, e.g. her landlady, she had ‘no trouble at all finding stories, truly remarkable ones, of conscience and resistance among ordinary people’.

She became aware of the Puzzle People at Nuremberg who were attempting to piece together the shredded documents and secret files of the former GDR. The task seemed impossible as it could take forty Puzzle People 375 years to complete, but only thirty-one people were thus employed.

To locate former members of the East German secret police, Funder simply placed an advertisement in a local newspaper inviting ex-Stasi operatives to contact her. “The phone rang hot” she said, “with calls from men of varying degrees of self-importance, self-justification and creepiness,” that she met in often dubious drinking places. Many of them were still lamenting their changed circumstances.

Written like a novel, Stasiland explores the varied activities of the Stasi - the intimidation, torture, blackmail, and killings - who spied on and imprisoned anyone it chose. It highlights their surveillance techniques, including keeping jars of smell samples which once contained the underwear of suspects and checking which direction people’s TV antennae pointed in case they were watching West German television. It even irradiated objects and people so they could be tracked with Geiger counters.

It has been estimated there was one informer for every six people and the paranoia this induced meant people did not even feel safe within their own families. This self censorship created a kind of psychological internal exile. 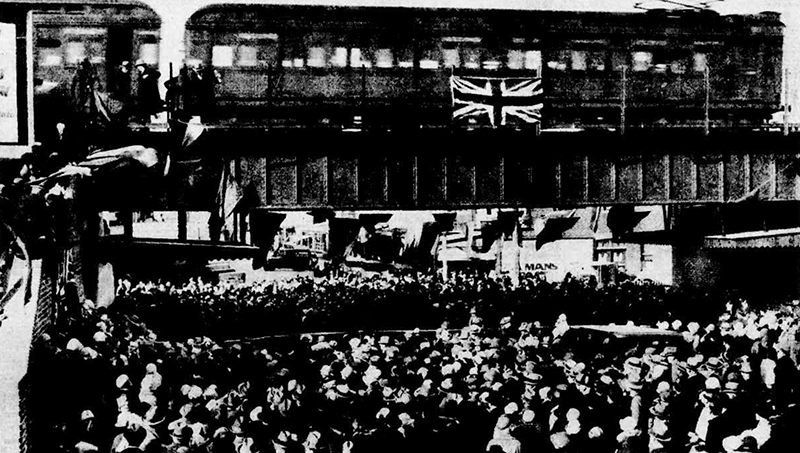 Anna Funder was dux of Star of the Sea in 1983What was fascinating to Funder about the GDR was the extent to which it went further than Nazism to control the population and how, even in the final weeks, the Stasi failed to comprehend their imminent downfall.

Stasiland obviously contains stories of ruined lives and heartbreak but it also has stories of great courage including that of Miriam, who had once tried to escape and whose new husband, Charlie, had died in mysterious circumstances while in custody. There was also Sigrid Paul who was separated from her sick baby because she refused to be an informer. The baby was kept in a West German hospital for six years and Sigrid still lives in guilty torment.

Funder believes being an Australian helped her research. “I really think it was a boon to be an Australian writing there in the 1990s, precisely because I came from so far away … they wouldn’t have told their stories to a fellow German.”

While the wall itself had been almost entirely torn down, Funder still found the ‘inner wall’, the differences in attitude and beliefs of those who had lived in the freedom of West Germany and those who had grown up in the East.

This was most notable at the launch of her book in East Germany, when she was ‘scared senseless’ with the ‘furious scribbling’ and stony hostility she received, many from ‘ex-Stasi and Socialist party members who had an interest in having that state remembered as benign’.

Funder maintains that ‘the pressure to forget, to take the sting out of history, can be felt in the West as well as the East’ where she was often asked, “What is it about us Germans, do you think, that makes us do these things?” On reflection she feels that people who look for a cohesive identity to be given to them from above can be easily led. She was also asked, “What would you have done had you lived in the GDR?” She said she doubted she would have had ‘the courage of those in the book, but that made them seem even braver to me’.

This question made Funder realise one of the fundamental causes of denial. “When they read my book,” she said, “people in the East are not proud of the courage of their compatriots in it. Instead, they reproach themselves for having done nothing, or perhaps, in some cases, for having collaborated. They would rather not be reminded that other people were braver than they were. And, in order not to be so reminded, there is a huge force in collective consciousness to pretend that the Stasi regime was not all that bad.”

However, she feels Miriam’s message must be heeded. “If the resisters are not properly remembered, the lesson of history looks to be: conformity and collaboration pay, in both the short and the long term.”

Funder’s own courage in seeking out and giving people the opportunity and the courtesy of telling their stories to the world must be acknowledged.

More recently, she again examined the nature of courage in a powerful essay commemorating the life and work of the ‘bravest of the brave’, murdered Russian journalist Anna Politkovskaya, and other people who have stood up to totalitarian regimes at unthinkable cost to themselves, in a book, Courage, Survival, Greed, commissioned by PEN and published in 2009.

Anna Funder now lives in Sydney with her husband and three small children. Her first novel All that I Am, a story about the heroic and tragic fate of a small group of left wing German activists who opposed the rise of Hitler, is much awaited, and will be published shortly by Penguin. Maybe two good books for your Christmas stocking?